ART bus stop ID and real-time numbers to change starting 4/18: Beginning the week of April 18th, ART bus stop ID and real-time numbers will change from five digits to seven digits. The change will occur over several weeks as crews replace the numbers on the bus stop signs and flags. Until the changeover is complete, riders can enter either the current five-digit or new seven-digit stop numbers into ART’s Real Time information page on the ART website. The new seven-digit regional ID numbers will match the numbers in WMATA’s Metrobus system. This new system will provide improved real-time information to both ART dispatchers and the public. The change also means that the arrival by phone system will be unavailable until the software for the new system is updated. For more details, including examples of the current and new stop ID numbers, please visit https://www.arlingtontransit.com/about/art-news/art-real-time-numbers-changing/ View all ART Alerts 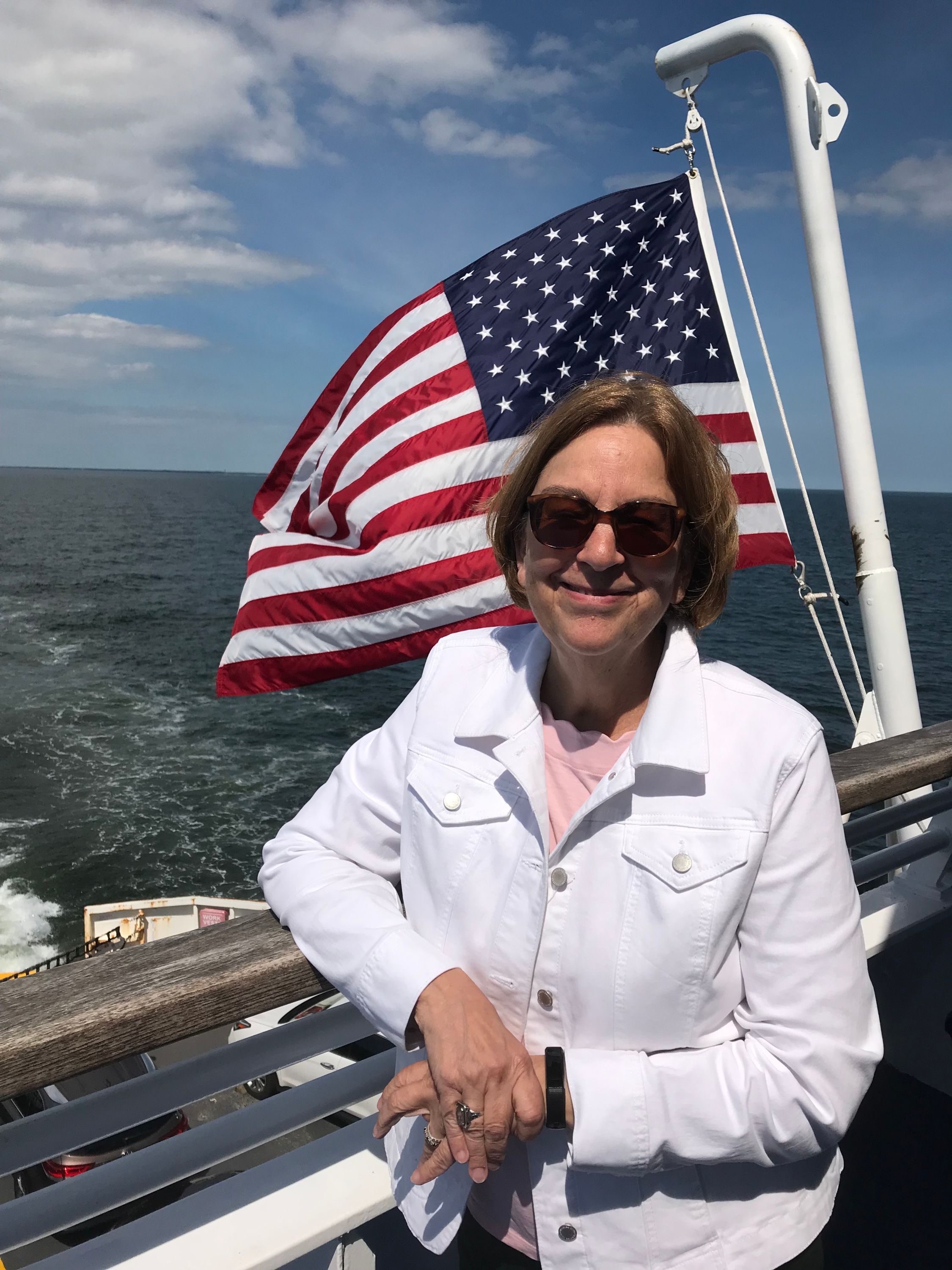 Living without a car is a bit like riding a bike for the first time. It takes courage, but one quickly realizes that it’s easier than one thinks, and even fun.

“Fabulous,” is how Kathryn McCarty described the start of her new car-free life, or at least her four-month commitment, along with her husband, to live without one. “It has gotten us up and out every morning, starting our day with a walk.”

For Americans used to car dependency, doing without can be scary, like someone going cold turkey on a bad habit. For McCarty, it’s been a bit easier, since she lives in a walkable, bikeable Arlington neighborhood on three bus lines and half a mile from Metrorail.

Worried about climate change, McCarty made the commitment as her 2020 New Year’s resolution, beginning on Martin Luther King weekend. The car diet is timed to prepare for her retirement next year as Administrative Services Chief, Department of Environmental Services, Arlington County. “I would hope that I could be a role model to peers, both retired and not.”

McCarty is certainly a powerful role model for Jim Larsen, Bureau Chief of Arlington County Commuter Services. “The fact that she did this is exciting, because it meant that I could take a leading manager in human resources and hold her up as an example,” he told me.

McCarty even received hearty applause when Larsen announced her pledge at a senior leadership meeting. From there, the news is spreading to staff, contractors, trades people, bus drivers, and a variety of other Arlington County employees. Many may be vaguely aware of alternatives to solo car trips, but she hopes her pledge will spur action.

It helped that McCarty’s husband is a long-time advocate for transportation and the environment, working for the U.S. Conference of Mayors. Now both are fully living out their ideals, walking the walk (and riding the bus). “I’m somebody who’s always supported multimodal transportation, absolutely” she explained.

The transition was eased because McCarty and her husband have long gone car lite, owning only one vehicle. The two would carpool to Courthouse Square where she works, and her husband would hop onto Metrorail. Often, they brought a friend or their son.

But going car free was a whole new deal—or at least, it meant crossing a psychological chasm. McCarty admits she hadn’t taken the bus before, but now is surprised how pleasant the experience is on Arlington Transit’s exemplary ART bus system. She pointed out how easy it is to hop on a bus and “have time to read and catch up on my e-mails.”

Living close to Metrorail helps. She and her husband go regularly into DC, enjoying farmers markets among the city’s many sights, sounds, and events.

Along with riding the bus, the resolution has spurred McCarty to use bikeshare regularly, the obvious choice in good weather. Come spring, she’ll be repairing her old bicycle, becoming even more a creature of two wheels.

In her travels to Europe, McCarty experienced traveling painlessly, indeed enjoyably, without a car, and realized, “wow, that’s really the way we should be living.” Of course, Europe’s advanced public transit helped greatly, but then Arlington isn’t so different, with its extensive transit and walkability.

Unfortunately, most corners of the U.S. are less fortunate than Arlington in public transit and other multi-modal options. Still, McCarty said that most families can reevaluate their transportation picture, figure out what bus, biking, carpooling, and other options are available, and drive less often. For Northern Virginia, Larsen pointed to the extension of the Silver Line and other transit improvements as a way in which car-lite options are spreading.

For McCarty, major life changes such as retirement or a new job or house are an opportunity to explore new habits. It takes just a little effort to try something new and it may be surprisingly workable.

“Behavioral change, as you can well imagine, is very challenging,” said Larsen. Commitment by senior leadership is crucial. “If our leaders don’t lead by example, how can we ask the general public to do the same”?

Facing retirement, McCarty takes her leadership role seriously. She and her husband “want to do our part to live a sustainable life and try to reduce our carbon footprint. Hopefully, other people will as well or this planet’s not going to survive.”

Comments posted here will be published on this page after approval. A valid email address is required to post a comment. Your email address will not be displayed, or used for any purpose except to contact you about your comment or question.